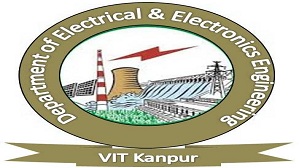 Electrical & Electronics Engineering is an innovative assimilation of Basic Core Branches of Electrical, Electronics, and Computer Engineering. In depth knowledge of principles of these interlinked fields allows an EN Engineer to levitate in diverse portfolios.

New Discoveries in the Electrical Engineering

Technology is making a huge demand of the Electrical Engineers . In Electrical Engineering Field there are numerous innovative tech tools have been developed but there are also new discoveries that are worth mentioning. All these inventions are changing the way of working electrical engineering works. These new technologies also opens new doors for Electrical Engineers.
Today, Data and energy are the acknowledged fuels for global economic growth. And the demand for both is increasing at unprecedented levels. Check New Discoveries in the Electrical Engineering. Our College Students working on projects which are really based on these news technologies. Like Electrical Power monitoring through cloud, Projects based on raspberry pi etc. Read More…………
Also we have covered all new technology through a Lecture Series : The Technology of Tomorrow

At VIT we cover following topics as per the guidelines of the University:
Electrical energy systems – encompass the study and design of electrical transmission systems, electrical machines and variable speed drives; high power electronic converters and high voltage engineering. This requires engineering on a grand scale, such as power distribution across Southern Africa. Power generation from renewable resources, such as wind and sun, and electrical transport, such as battery electrical vehicles, are of growing importance in the electrical engineering field and postgraduate studies.

Electronics – the study of components and circuits used to construct items such as audio amplifiers, radio transmitters and computer circuits. Students learn about elementary electrical components, transistors, integrated circuits, computer circuitry and power electronics. The field specialises in areas such as microwave electronics, superconducting electronics, ultra-high speed electronics and the prevention of electromagnetic interference between devices.

Electromagnetic systems – are diverse and complex, ranging from the study of the electromagnetic effects of motors and electrical insulators to radio and radar antennas, radio waves and visible light (fibre optics). The scope of study ranges from undergraduate introductory courses to world class research at graduate level.

Computer systems – students are trained to design and implement computers and digital electronic systems. This field also covers the design and construction of microcomputers built to control almost every electrical appliance, from automatic irrigation systems to autopilots for aircraft. Computer programming for embedded systems and reconfigurable logic circuits and the use and development of real time operating systems to address a variety of engineering problems, are also of key importance.

Control systems – range from the temperature control in air conditioning systems to the sophisticated automatic landing systems that allow aircraft to land autonomously in thick fog or to point camera systems accurately from satellites to target areas on the ground. Students learn techniques to design control systems for both electronic (analogue) and computer (digital) implementations and also to apply the knowledge in other branches of engineering.

Signal processing – Speech, radio waves and television images are all examples of signals. Students study the behaviour of these signals and apply computers usefully to process them (eg speech, speaker and image recognition, software defined radios and protocols). Mathematical aids are created to analyze and understand these signals. Postgraduate students are involved with leading edge research in speech processing, radar and sonar, image processing, software.

All Labs of EN are well equipped to gauge a curious mind. Lab work and problem solving form a vital part of the curriculum. The main aim of engineering education is to provide a lots of practical knowledge to students . In our college all labs are well managed and run by expertise peoples .Know More about electrical engineering labs……….

In Session 2019-20 Vision Institute of Technology has organized  over 10 placement drives. In each drives Electrical Department students has swept over and 90% students get placed .
Congratulations to our VITians  for getting placements in reputed Companies

Some Past Year Projects